This site is full of creative poetry/art exercises that aim to bring pleasure back into using words and writing. We welcome the participation of you and your child, please have a look at the list of contents, or the blog archive and try out any of the exercises that you like the look of. We welcome your comments on the success (or otherwise) of the idea…

The theory is that boys catch up with girls when it comes to understanding maps and diagrams. 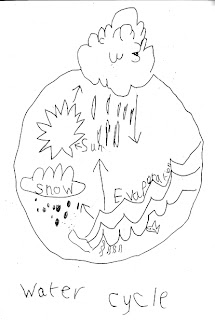 
Joe certainly seemed to enjoy combining maps and diagrams with words, I loved the fact that it also involved other subjects - graphics, geography and science.  The family map worked well, and could be adapted, for example making a map of friends, or favorite places to visit, or an imaginary map, the variations are as big as their imaginings:


1. Draw an outline of your town, city, Britain, or Europe or the world, depending on where family live.
2. Try to locate where they live on your map.
3. Write down the place name, and the list of people living there.
4. Add decorations if you want, like flags or compasses, or some ruthless monsters/relatives.

Posted by arthur+martha at 12:25 pm No comments:

My son has just started Year 2 of the local primary school. The statisticians tell us that boys often lag behind girls in school. Not only does my son have the disadvantage of being a boy, he’s also one of the youngest in his class; birthdays it seems also make a difference.
I had difficulty with reading and writing at school. An appalling speller, I still heavily rely on spellcheck. Having children at school brings out all of the old insecurities. One thing that has really helped with my confidence in writing has been working with my colleague Philip, he’s an experimental poet who’s also passionate about the visual look of the work. He’s introduced me to the world of text/art. Together, we have played with many ways to combine poems and visuals http://www.flickr.com/ working with marginalised people to find their creative voice. We’ve worked with older hospital patients, holocaust survivors, excluded schoolchildren, children who have special needs. Each new project inspires new ways of working, so we continually develop new techniques.
So here, in a un-scientific sort of way, I’m going to use my son as a guinea pig to see if I can help him progress with his reading and writing. I want to try to inspire excitement in putting pen/pencil to paper. Through this blog, I'll share some of the creative ideas with you. Some will work, some will be flops, if you try any of the ideas, it would be great to hear your story.
Another inspiration of late, has been the wonderful Garath Malone, and his tv series Extraordinary School For Boys. http://www.bbc.co.uk I highly recommend viewing it.
Please note that although called Boys can write, everything on this blogsite is equally valid for the girls - and for the grownups.
Posted by arthur+martha at 12:56 pm No comments:

As I'm writing, Joe is still drawing on acetate, it's  . He told me:  'I loved it, seeing the drawing through the acetate and you get to draw on the other side so the writing's really fancy.'  We will most definitely try this again, it could be developed in all sorts of ways. More experiments to follow on another day.

My friend Melloney gave me an excellent tip for  spelling practice in the Journal making;

1.  Encourage discussion about the subject they want to write about
2.  Think about any words that maybe difficult to spell, and together have a go at spelling them. This could be on the same page or another piece of paper.
3.  Once you've worked out the correct spellings together, he can work independently, copying any of the more difficult words, reinforcing the learning.

Posted by arthur+martha at 5:25 am No comments:

Some days it's like pulling very entrenched teeth, getting my son to write. At the beginning of the summer we set the challenge for him to create a journal. He started full of excitement and enthusiasm, but fairly soon it became a chore for him. We stuck at it, with gritted teeth, and slowly writing became a habit. What I realized was the need to be creative in my approach.
Like most 6 year olds, Joe has a custom-made sense of humour. A trip to the Maze at Lyme Park inspired this piece of writing. Once he got started and the lines made him laugh, he wouldn't stop, it became a game, so off he went and got lost. I'm going to get him to write down some of his jokes next time. Brace yourselves.
Humour often occurs in our work with arthur+martha. In a hospital setting, working with older people in physical and mental pain, humour can be a release and a wonderful survival method. All's well that ends well, is part of the series a wee star coming through. http://www.flickr.com/

Posted by arthur+martha at 12:49 pm No comments:

My son has just had his first go at Concrete poetry or shape poetry. Inspired by his first trip to the local football club, he drew the shape of a ball and filled it with his diary entry.
How to make your own concrete poem:


1. Think about what you would like to draw/write, maybe something you've done today, or your favourite game, or toy.
2. Draw it. A simple outline drawing is fine, but you can make it as detailed as you want.
3. Talk about why you like it, or what it looks like.
4. Practice your spellings on a separate piece of paper
5. Inflate the shape with your own words. You can turn the paper round, follow the lines, play with the lettering, make up your own rules, go generally insane.


We've frequently used Concrete poetry  in the past with our arthur+martha projects, when we worked in the hospitals with older people.  Concrete poetry uses the typographical arrangement of words as an important factor in conveying the meaning.  Below are a couple of examples of concrete poems made by older people in Stockport.


So was the concrete poem a success for Joe? a resounding yes, with a big smile on his face, Joe said: 'I liked making it into a shape.' There were no complaints and no need to cajole or encourage, once I had explained the idea, he just got on with it.
Posted by arthur+martha at 5:37 am No comments: 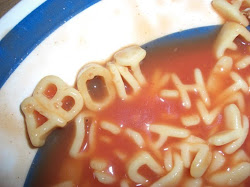 Boys Can Write, is designed to help boys overcome blocks with reading and writing. The blog lists many ideas for you to try outside of the classroom, mixing art and poetry. They are methods that are off the syllabus, but well-loved by poetic adventurers. Concrete (or shaped) poetry, imaginative maps and diagrams, outdoor writing, inventive collage and drawing, mark making, acetates and found objects, decorative lettering, journal writing, pen pals and more…

The statisticians tell us that many boys are lagging behind the girls in school, but their enthusiasm can be won back. Using imagination and taking risks, we gently challenge ideas about what communication can be. After all, that is what poets and artists do. Finding new shapes for ideas creates excitement and pleasure, which is the key to writing.

We have worked with hundreds of young people in Primary and Secondary Education. Many are illiterate, some are in danger of exclusion, many have special needs, trauma, or are vulnerable in numerous ways. By making writing a kind of play, we’ve helped them explore their own ideas of beauty, anger, humour, sadness and hope...